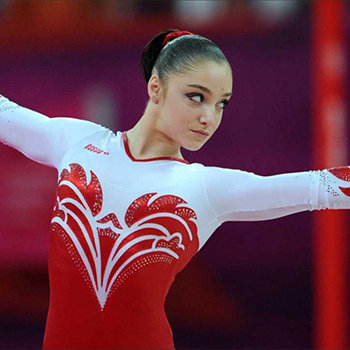 ...
Who is Aliya Mustafina

Aliya Mustafina was born into a half-Volga Tatar and half-ethnic Russian family in Yegoryevsk, Russia. She began her international gymnastics career at the age of 13.

Mustafina represented Russia at the 2012 Summer Olympics, where she was the most decorated gymnast (and athlete in general, save for swimmers).

Her younger sister, Nailya, is also a gymnast and a former member of Russia's junior national team. She likes Nastia Liukin and among the Russians, she likes Ksenia Afanasyeva.