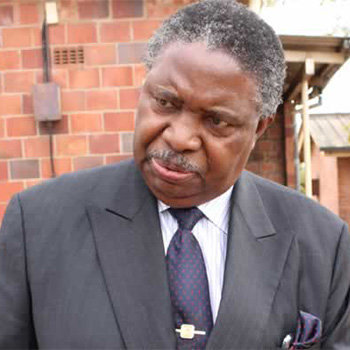 ...
Who is Phelekezela Mphoko

He served in the Zimbabwe People's Revolutionary Army. He fought in the Rhodesian Bush War, which helped Zimbabwe (then Rhodesia) gain independence.

He's served as an ambassador to Russia, South Africa, and Botswana. He's a member of the Zimbabwe African National Union-Patriotic Front.

He was born in Gwizane, in what was then South Rhodesia. He was sworn in as Vice-President on 12 December 2014. He is also a cattle ranching farmer and entrepreneur.

Mphoko is infamously known for having said, while speaking on a panel at an event in Botswana, that the Gukurahundi atrocities were a Western conspiracy.