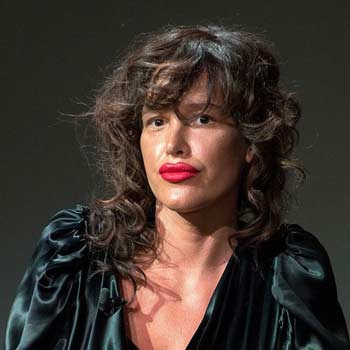 She has undergone multiple surgeries due to the recurrent cystic hygroma under her arm. She began her career in the entertainment field when she was only four. She modeled for her classmate, a well-known fashion designer Zac Posen. In 2003, she was featured on the cover of the New York Times Sunday Magazine. Other than that she was seen in the music videos like 'By the Time I Get Home There Won't Be Much of a Place for Me.' With her appearance in the films and TV series like Choke, A Walk to Remember, Law & Order and many others no wonder she has made a great fortune from her career as an actress and a model. Her current estimated net worth is $4 million. The gorgeous actress possesses an attractive physique of 34-24-26 inch with dark brown hair and dark color eyes.

She dated late musician Scott Weiland in 2008 for almost a year before splitting up with him in 2009. In an interview, she stated that she is obsessed with late Elvis Presley. She dated Quarim Brown in 2014. She is reportedly single currently.

She is the recipient of 2011 Screen Actors Guild Award for Boardwalk Empire. She has managed to gain huge fame and numerous fan followings all over the world. Her Instagram boasts 19.3k fan followers.

She was molested by film producer Harvey Weinstein twice which she revealed in an interview with Vanity Fair. In 2011, she was arrested after getting into a fight with The City star, Samantha Swetra. She filed $55million lawsuit against Lionsgate Films due to the accident occurred while filming Nurse 3D in which she broke her tailbone. Moreover, she was caught up in the rumor of getting plastic surgery of her lips.