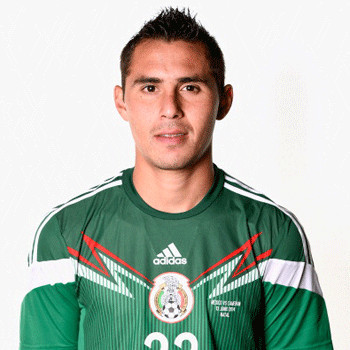 At the age of sixteen he came under the notice of Pachuca Club de Futbol and from 2002 he started playing from there. Since he was a beginner, he adjusted in second division Pachuca juniors and played several matches from there.

In the 2010 FIFA World Cup held in South Africa, he was the part of Mexican national squad. Aguilar did not had any intention to make football as his career but rather he had keen interest in baseball at the beginning.

He is married to Berenice Cabrera few years ago and also has a daughter named Paula Sofia Aguilar.He has a pretty happy contended personal life.

There is a rumor of Aguilar getting separated from the club America's squad due to some disciplinary issues.