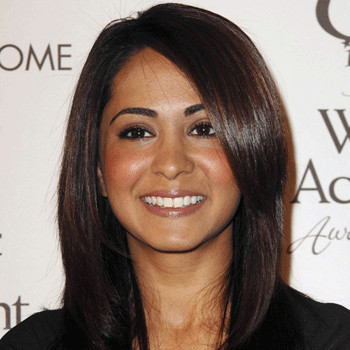 ...
Who is Parminder Nagra

Attended the Northfield House Primary School and Soar Valley College where she was in the youth orvhestra playing the viola played the viola.

Can speak fluent Punjabi. Belongs to Indian ancestry. Her portrait painted by Stuart Pearson Wright, is hung in the London's National Portrait Gallery.

Currently single as divorced her husband, photographer James Stenson in 2013. Has an adorable son, named Kai David Singh Stenson from him. Had previously dated an Irish actor Kieran Creggan for five years.

Was one of the bearers of the Olympic torch in 2004 Summer Olympics in Athens as it passed through London. Winner of Asian Excellence Awards,Movieline Young Hollywood Awards, Golden Wave Award, etc and nominated for several awards.

There is no any rumor available on her.