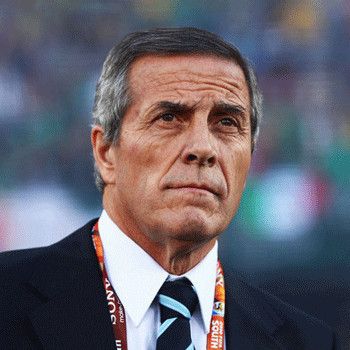 ...
Who is Oscar Tabarez

He was born in Montevideo, Uruguay. During his professional football career he mainly played for the modest clubs, namely Sud América, Sportivo Italiano, Montevideo Wanderers, Fenix, Puebla. He retired at the age of 32 years old.

He was not only player and successful coach but he was also a teacher. Since he worked as teacher also he is nicknamed as "El Maestro" which means "the teacher".

Sixty seven years old Oscar is happily married with Silvia Martinez.Silvia Martinez is sixty one years old. Information about their children has not been disclosed yet.

Under his guidance in 2010 World Cup championship Uruguay national team finished fourth which was Uruguay greatest achievement in forty years and team won the 2011 Copa America. He was manager of Boca Juniors when the team won primera Division.

In 2014 his wife Silvia Martinez was hospitalized when she became the victim of an acid attack in Montevideo.