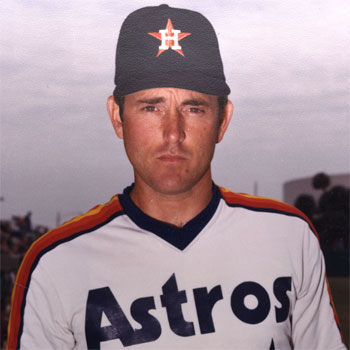 Nolan Ryan was born in Refugio, Texas and raised there with parents Lynn Nolan Ryan Sr. and Martha Lee Hancock. He has five siblings. He began his MLB career with New York Mets in 1966.

Outside of baseball, he established a Nolan Ryan Foundation and a beef brand. This organization is planning to expand their support of youth, education and community development in Central Texas. His career earnings are outstanding. His total payable salary boosted his net wealth. He has an estimated net worth of $60 million.

Married to his high school sweetheart Ruth Holdorff since 1967, the couple has three children, Reid, Reese, Wendy. Reid and Reese both played baseball for the TCU Horned Frogs. Currently, Ryan resides in the Cimarron Hills community in Georgetown, a suburb of Austin. Outside of baseball, he also engaged in political activity and Ron Paul in the election for Texas's 14th congressional district.

He was inducted into the Baseball Hall of Fame in 1999 and successfully established records with his 5,714 strikeouts and seven no-hitters during his 27-year Major League Baseball career.