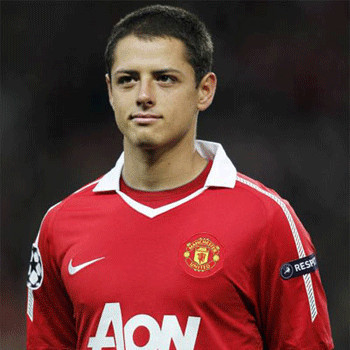 ...
Who is Javier Hernandez

He belongs to a family of football players i.e father and grandfather representing national team as well as popular Mexican club. Because of some of his goals being scored from close-range, he is usually described as a "goal-poacher".

He is in a relationship with a Mexican lady Lety Sahagun. They have been dating each-other for past 2 years and now have officially announced their relationship status.

With the help of his seven goals lead Mexico to a 2011 Gold Cup triumph with Chicarito winning the Golden Boot and the title of Most Valuable Player award. He is one of the third highest goalscorer of all time for the Mexican national football team.

There is a huge rumor of Javier been seen romantically with another girl named Chaska Borek.