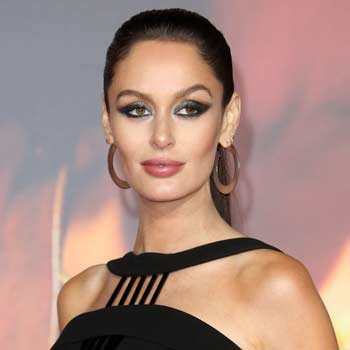 ...
Who is Nicole Trunfio

She was born the youngest child of her parents among four children in Merredin. Her father is Italian while her mother is Australian hence she is of mixed descent. She went to St. Mary's Primary School in Merredin. She developed an interest in acting from the very tender age. She studied acting at Stella Adler Studio. She also attended NIDA.

She has worked with designers like Gucci, Chanel, Valentino and Victoria's Secret. She has featured in Campaigns for Karl Lagerfeld, D&G, and Anne Taylor. She has made her appearance in the Australian movies like Two Fists, One Heart. Moreover, she also became the mentor for the female models in the second season of the Make Me Supermodel and the first season of The Face Australia. She earns a lucrative amount of money as a successful fashion model. Her current estimated net worth is $10 million.

She started seeing with American musician, Gary Clark Jr. in 2015. The couple celebrated their marriage in 2016. The duo is blessed with a son, Zion and a daughter, Gigi together.

In 2002 she won the title Supermodel of Australia. She ranked second in the international version, Supermodel of the World. She became the face of David Jones' winter 2011 launch replacing Miranda Kerr.

During her time as Face mentor Naomi lashes out at her stating that she was not on her level. She faced a bunch of hurtful words from Naomi.