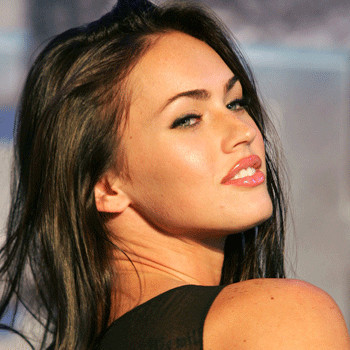 Was raised in Pentecostal faith. Had attended Catholic school for twelve years. Claims that she hated school days. Also mentions, her parents were very strict that she was not allowed to have a boyfriend or even invite her friends over.

Can be seen often in red and black dresses. Has a very seductive voice Has a lot of tattos in her body. Is a huge fan of animals. Has a fear of the dark and flying.

Started dating with actor Brian Austin Green since 2004. At that time, she was 18 and he was 30 years old. The couple got engaged in 2006 and married in 2010. They have two sons named Noah Shannon Green and Bodhi Ransom Green.

Has been the winner and nominee of several of the Awards related to acting field and has been the icon in modelling arena. She ha been in the list of Hot 100 women by different reputed magazine of the world.

Megan Fox is a famous American actress and model. Her full name is Megan Denise Fox. She was born on 16 May, 1986 Memphis Tennessee to Franklin Thomas Fox and Gloria Darlene. The 5’4” tall actress is Taurus by her zodiac sign. She is a great animal lover and owes different animals as pets.

She began her training in drama when she was just 5. She began her acting career in 2001 from Olsen Twins Film, “Holiday in the Sun”. She is renown from the blockbuster movie “Transformer”.

Megan Fox had 3 years relationship with Ben Leahy from 2000 to 2003. She also dated with TV star David Gallagher between 2003 and 2004. There’s a rumour about Fox that she had an affair with co-star from the movie Transformer, Shia LaBeouf in 2009. Another rumour about her is that she had a crush on a stripper named Nikita. Megan got hitched with Brian Austin Green on 24 June, 2010 secretly. She has two sons Noah and Bodhi and both of them are from Brian. She was once banned from Walmart for stealing make-up when she was 15.