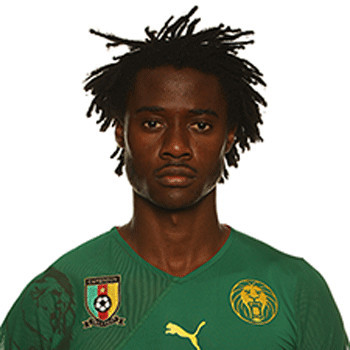 ...
Who is Nicolas NKoulou

He was born in Yaounde, Cameroon where he spent most of his childhood and later joined Kadji Sports Academy in Dauala at the age of 11 . Then in 2007 he agreed for a three year professional contract with AC Monaco FC.

Nicolas is currently 24 years old. He weighs nearly 77 kgs. He has had 78 appearances in Monaco Club .He has made 119 appearances in club Marseille and has delivered 5 goals till now. His salary is 1.8 million euro.

Koulou is very reluctant on speaking about his personal life. He has never spoke in the media about his dating history, marriage or divorce. He is currently very young to get married and does not have any children.

This player has played for his national team as well. He was present in the Cameroon U23 squad for the 2008 Summer Olympics. He made his international debut in the senior squad at a friendly match again South Africa.

There have been rumors about Nicolas being transferred out from Marseilles but all of this rumors are fallacious as he is still playing for Marseilles. He has been subjected under no such controversy till present.