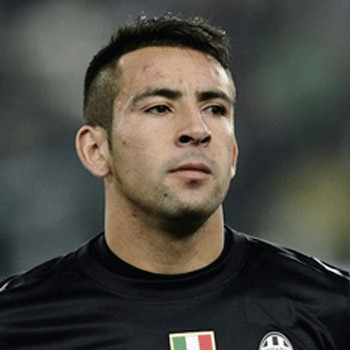 ...
Who is Mauricio Isla

He was born in 1988 in Buin, Chile. He started his career in football from Universidad Catolica in 1999 as a forward but due to reason of his height he was switched to defender.

Although he is known as Mauricio Islahis real name is Mauricio Aníbal Isla Isla. He can perform well in both defense and attack due to his stamina, technique, strength, and pace.

Twenty six years old Isla is not married yet. He is single. He is currently dating Paloma Quezada. And there is no rumors of any other affairs of him.

Due to his excellent performance Udinese gained qualification for the 2011–12 UEFA Champions League. In U-20 World Cup he got popular for his skill with the ball possession and versatility and he was considered as integral part of Chilean team.

When Bianconeri director ignored his utility player Isla injury and dealed him with Juventus for €18.8 million, Isla suffered from a torn anterior cruciate ligament when he collide with AC Milan captain Massimo Ambrosini.