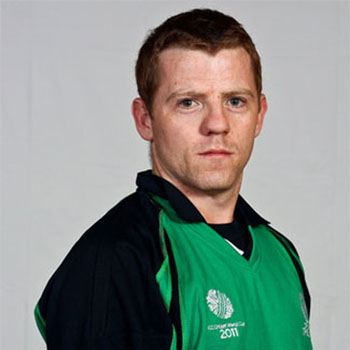 Born in Dublin, Ireland to a sporting family. His father Brendan is also cricketer, His sister plays hockey and his brother also plays cricket representing Ireland.

John has a very fiery temperament. he is the huge fan of Brian Lara is O’Brien’s and Shane Warne. According to him George Dockrell is his worst room mate. He has a superstitious nature. He scared to chirp at MS Dhoni.

Niall has managed to remain entirely silent in his personal matters. Seems like he is not married and not having any children. He is much to his profession.

Once he was bannded for using abusive language ti the refree David Jukes.