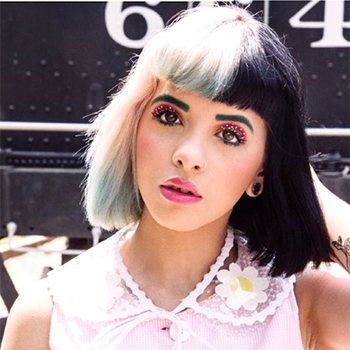 ...
Who is Melanie Martinez

She just crossed her teen days and she is now in her early 20s. She was born on 28th of April 1995 in Baldwin, New York, United States.

She became popular after she appeared in the television program The Voice. These days she is touring in the Cry Baby Tour. Her debut album Cry Baby was released in 2015.

She is cute with pretty face. She also has lovely hair. But besides her prettiness and cute smile, she is still a single girl.