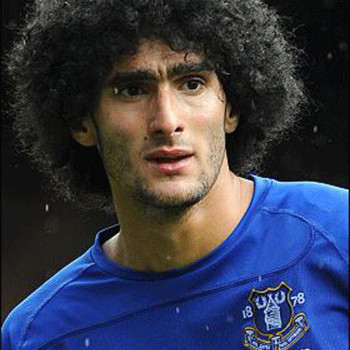 ...
Who is Marouane Fellaini

It is said that he has a salary of about 3 million USD. He was transferred to Manchester United in about 27.5 million EURO. He has maintained his body weight to 85 kg.

It is known that he has not married but he is in relation with Lara Binet, who is a famous model. They have been dating for a long time and have not planned for marriage.

Except the rumor about the transfer of him there is no other big rumor about his personal life or career life.