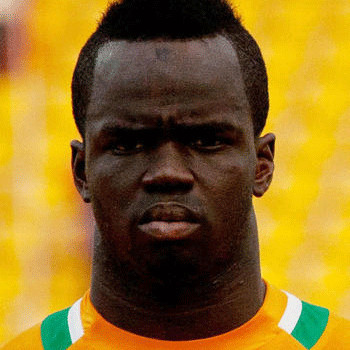 He started playing barefoot street football at the age of 10, he did not have enough money to buy a pair of boots. With Ivorian minor league side FC Bibo he began his football career.

He made his international debut from the national team in a friendly match against Tunisia on 12 August 2009. He was one of the player in the Ivory Coast's squad for the 2010 Africa Cup of Nations.

He has two children from his first wife, Madah. They were married some time before his move to Newcastle United. On 29 September 2014, he got married a second wife, Laeticia Doukrou.

On 13 February 2013, he was arrested on suspicion of fraud and had his car seized by the police which has dragged him to a great controversy.