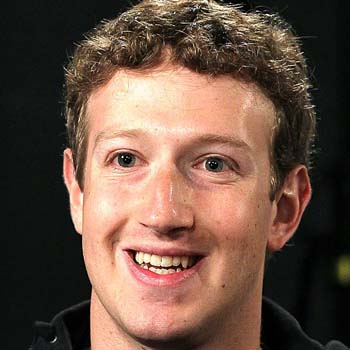 ...
Who is Mark Zuckerberg

Mark Zuckerberg needs no introduction to this generation, as he is the co-founder of the most famous social networking website Facebook. He is is a programmer, Internet entrepreneur and philanthropist, and Chairman and CEO of Facebook.

Born in White Plains, New York to dentist Edward Zuckerberg and psychiatrist Karen Kempner.Grew up in Dobbs Ferry, New York with his three sisters Zuckerberg was very smart from his childhood. He excelled in classes in high school and won prizes. Began using computers and writing software in middle school. He gained reputation as a programming prodigy by the time he joined Harvard.

Upon the birth of his child, Zuckerberg and Chan announced that they would give away 99% of their shares in Facebook to selected causes through the Chan Zuckerberg Initiative. His net worth is estimated to be $51.8 billion as of 2016.

Zuckerberg married his fellow student and long term girlfriend Priscilla Chan in 2012 and became a father with the birth of his daughter Max in 2015 whose official Chinese name is Chen Mingyu.

Zuckerberg was the world's youngest billionaire. Time magazine has named Zuckerberg among the 100 wealthiest and most influential people in the world as a part of its Person of the Year distinction.

There has been rumors in Facebook that Zuckerberg is giving millions of dollars to 1000 facebook users who would copy and paste the message, and then share it after tagging five to 10 friends.

Susan Wojcicki is a renowned name in an internet world. She is best known in the world for being the current CEO of YouTube.