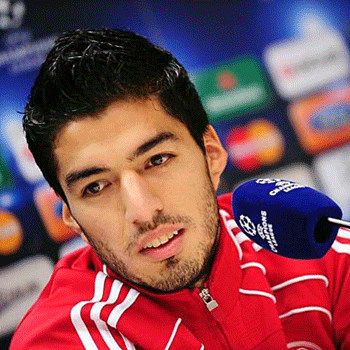 His parents got separated when he was just 9 so he had a harsh childhood and he developed his football skills on the streets and also worked as a street sweeper. He began his career as a youth player form Nacional in 2003.

After biting Italian defender Giorgio Chiellini on the shoulder in 2014 World Cup he got a lot of press attention. Due to his activity he was suspended for 9 international games and banned from soccer activities for four months.

He married Sofia Balbi, his childhood love in 2009. This couple have a two children, son Benjamin and daughter Delfina. They seem to be a satisfied couple and have a good bonding among each other.

He is one of the best striker and the third most expensive footballer in the world. On 2014 FIFA World Cup qualification campaign he became the top scorer in the South American section scoring 11 goals.

There is a transfer rumor of Suarez going to Manchester United.