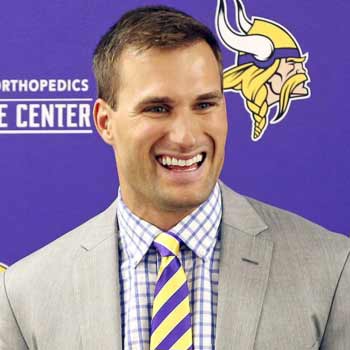 Growing up with the passion for outdoor sports, he attended Holland Christian High School in Holland, Michigan, where he finished his football career with 3,204 passing yards, 40 touchdowns, and 18 interceptions. He then enrolled at Michigan State University and named to the Second Team All-Big Ten.

He appeared in several ads and commercials, Easterns Motors, a local D.C. used car dealership, with former Redskin teammates Josh Norman and Ryan Kerrigan. He earns a handsome salary from his career. He has a whopping net worth of $20 million.

Kirk Cousins and Julie Hampton have been married for three years since 28th June 2014. According to some sources, he had no other relationship in the past. They welcomed their son, Cooper Cousins in September 2017. He is a Christian and believes in Christianity.