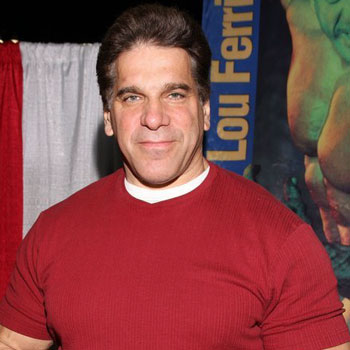 Victoria and Matt Ferrigno gave him birth in the Brooklyn, New York. At age 13, he started his body building training. Then he initiated his acting career from the The Incredible Hulk.

Ferringo was bullied by his friends on his childhood days due to his deafness. He has met Arnold Schwarzenegger during their training days. He used to serve in metal factory for three  years.

Susan Groff was his first wife and their marital status longed for a year. After separation, he tied a knot with Carla Green. The couple is blessed with three children Shanna, Louis Jr. and Brent.

He was named with IFBB Mr. America and IFBB Mr. Universe and so on.