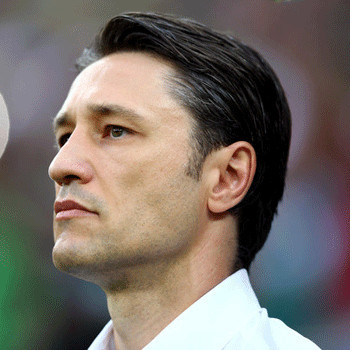 He passed his early childhood in West Berlin. He started his football career at local club Hertha BSC and became a member of their first team in early age of seventeen.

He did nose surgery because of medical issues as he had breathing problems due to his humpy nose. He worked as assistant in Red Bull Salzburg and coach for Croatia U21, before he started coaching Croatian National Team.

He is happily married to his school day girlfriend Kristina for the last 14 years. Kovac pair have got one thirteen year old daughter. After his nose surgery he has turned from ugliest to hottest coach of World Cup 2014 making lot of female his fan.

After his retirement Kovac received award from his Croatian fans for his big contribution to the Croatian National team. He was awarded with Bundesliga title with Bayern Munich in 2003.