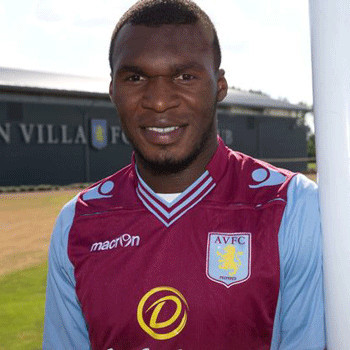 ...
Who is Christian Benteke

He is Black Ethnicity player having the weight of 82 kg. He used pray the god and thanks him after each goal he made.He is beast in term of strength. He earns about £40,000 a week and wear a jersey number 20.

He has got two siblings named as Jonathan and Sara.But there is no any information regarding to his married life and children.He is still single .

On 2008-2009,He won Belgian First division league with Standard Liege. He made 19 goals in debut season. He is established as beast striker in this football era.

There is a rumor of his transfer from Aston villa.Liverpool and Manchester City are trying to make him in their side.