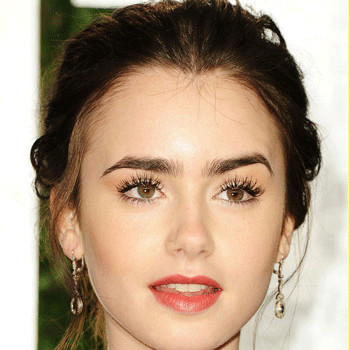 ...
Who is Lilly Collins

Began acting at the age of two appearing in BBC series Growing Pains.She had moved to LA with her mother when she was five. Graduated from Harvard-Westlake School and attended University of Southern California majoring broadcast journalism.

Her thick eyebrows are her trademark. She loves to collect old antiques and anything that are vintage.

Not married till now. She does not like to talk about her relationship publicly because of the difficulties caused by media coverage that she witnessed on her parents' separation.

Winner of Pandora Breakthrough Artist Award at Glamour's Women of the Year Award in 2012. Also the winner of Young Hollywood Award in 2008.

Her relationships though she has not confirmed or like to talk about publicly, there is often the rumor on her boyfriends.