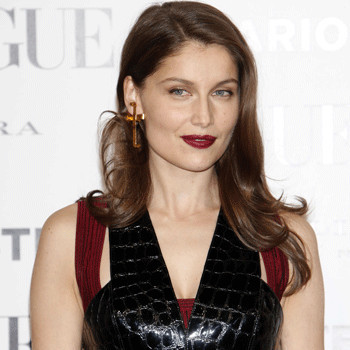 ...
Who is Laetitia Casta

Her father is from Corsica and mother is from Normandy, thus spent her childhood in these two places.

She has blue eyes and full curvaceous figure. She was discovered by an agent when she was 15 while lying in the beach with her family. She has brown belt. She had once invited a homeless man for dinner in hotel while in London.

She had dated with photographer Stephane Sednaoui and gave birth to his daughter in 2001. She is engaged to Italian actor Stefano Accorsi and has two children from him.

was the "Marianne" in her town hall which has been the French tradition. Has been the winner of several awards and reconized for her performances.

The rumor on her split is on the news but is not the truth.