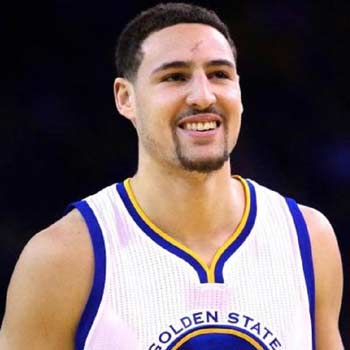 ...
Who is Klay Thompson

Klay Thompson is the son of Julie and Mychal Thompson. His mother was a volleyball player in the college. His older brother, Mychel played basketball for Pepperdine University and has played in the NBA Development League, while his younger brother, Trayce is a Major League Baseball player with Oakland Athletics. He attended Santa Margarita Catholic where he played basketball for several years. He later moved to Washington State where he started all 33 games in his freshman season and was named to the Pac-10 All-Freshman Team.

Klay Thompson set an NBA record of 38 points in a 119–112 win over the Chicago Bulls. Thompson is a prolific shooter, particularly from range, as well as an elite free-throw shooter. He is known for his ability to score high point totals on a small number of shots. Also, he is known for his quiet, laid-back personality, rarely showing emotion in or out of games. Aside from NBA, he was the prominent member of the United States national team that won the gold medal at the 2014 FIBA Basketball World Cup and the 2016 Rio Olympics. He has an endorsements deals with the popular brands like BodyArmor, Panini, Electronic Arts, Gillette, and Anta. He earns annually $16 million from Warriors. He is enjoying the net worth of $22 million; he is reported to be making $10 million with his endorsement deals.

Klay Thompson was in a lovely relationship with American internet personality, Hannah Stocking, but unfortunately, the couple is not together anymore, The duo reportedly started their relationship in 2014 but broke up a year later in October 2015. Currently, Klay is single. Apart from his relationship with Hannah, he dated Cherise Sandra and Tiffany Suarez. He also owns a dog named Rocco. He is also the philanthropist. On October 2017, he involved in raising funds for relief for the October 2017 Northern California wildfires, donating $1,000 for every point he scored in home games against the Washington Wizards, Toronto Raptors, and Detroit Pistons.

Klay Thompson has been the part of the controversy when he was suspended for his final regular-season game at WSU after being accused of marijuana possession.