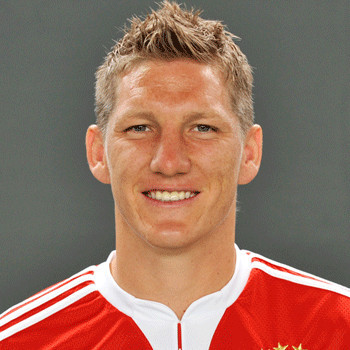 ...
Who is Bastian Schweinsteiger

He was born in Kolbermoor the West part of Germany and is of Roman Catholic.As his family is involved in the game he has interest in it since childhood.He has a elder brother Tobias who is also a professional football player.

He is most talented player of Germany and he is of white ethnicity with white face and brown hair color and brown eye and has weight of 79 kg. His annual income is 10 million Euros and he owe the net worth of 20 million Euros.

He used to be in relationship with Sarah Brandner who is a model. They lived together in Munich. After breakup now he is in relation with Ana Ivanovic who is a Serbian tennis Player. They are in good relation still.

He had scored 3 goals and 9 assists in 2010 World Cup where he was finalist for Golden Ball award.He has earned more than 100 caps for germany scoring 23 goals.He contributed a lot in winning 2014 World Cup.

He has no any involvement in rumor found in media.