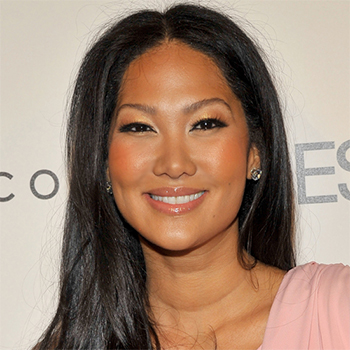 Kimora was born in St. Louis, Missouri and was raised by her mother. She was bullied because of her height (She was 5 feet 10 at the age of 10). Because of this, her mother enrolled her in modeling class when she was 11 years old. Two years later she was discovered at a Model Search in Kansas City and sent to Paris.

She was arrested in July 2004 and charged with reckless driving, eluding police, and marijuana possession after a two-mile chase in New Jersey. On August 2005, Simmons pleaded guilty and was placed on six month's probation.

Kimora was married at the age of 23 to Russell Simmons with whom she has two daughters. The couple separated and the divorce was finalized in January 2009. In March 2007, Simmons was dating actor and model Djimon Hounsou. They participated in a traditional Benin commitment ceremony and had a son. The couple who were never legally married, announced their separation in November 2012. Lee wed investment banker Tim Leissner in 2014 and gave birth to a baby boy named Wolfe Lee Leissner.