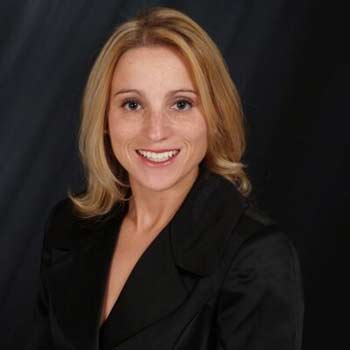 She was raised in Tucson, Arizona along with her older sister, Lisa, and older brother, Kevin. She went to Green Fields Country Day School and later enrolled at UCLA. She then transferred to Stanford University and completed her bachelor degree as well as masters from there.

After gymnastics career, she worked as an elementary school teacher at Tom Matsumoto Elementary School in San Jose, CA. During the 2004 Olympics, she served as the correspondent for Yahoo! in artistic gymnastics. She is reported to be enjoying the net worth of $3 million as per Celebrity Net Worth.

She started seeing with the attorney Robert Fischer in 2008. The couple happily dated for two years and then married on April 25, 2010, at the Skyline Country Club in Tucson, Arizona. Their first child, a son Tyler William Fischer born on March 1, 2012. Their second child, a daughter Alayna Madaleine born in 2014. Outside of her professional career, she did a cameo on Beverly Hills, 90210. She also appeared in a Marie Claire magazine's "The 8 Greatest Moments for Women in Sports".She is of Jewish ethnicity.

Representing the United States gymnastics team, she has five medals on her name, which include a gold medal, two silver, and two bronze.