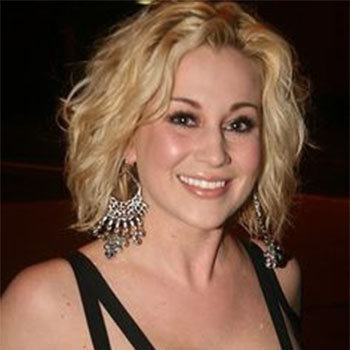 ...
Who is Kellie Pickler

Born Kellie Dawn Pickler at Stanly Memorial Hospital in Albemarle, North Carolina, Kellie was left by her mother when she was two years old. She was raised by her grandparents till adulthood because her father was in and out of jail.

Considers Dolly Parton her idol. She once met Dolly, due to a set up by her record label. Raised 50,000 dollars for charity on Are You Smarter Than a 5th Grader? (2007).

She married Kyle Jacobs on January 1, 2011. She is a vegetarian and has three dogs named MooMoo, Pixie, Maddie, a monkey named Bella, a snake, and a cat named Pickles. She is a huge fan of Clint Eastwood.

Received first Gold Record for debut album "Small Town Girl" on January 18, 2007 on The View (1997) and was presented by Rosie O'Donnell.