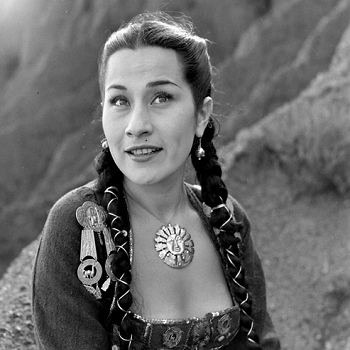 Zoila Augusta Emperatriz Chávarri del Castillo was born in Callao, a seacoast city in Peru. Her parents were Sixto Chávarri, born in Cajamarca and Emilia Castillo, born in Pallasca, Ancash.

Sumac was diagnosed with colon cancer and later died on November 1, 2008, aged 86 at an assisted-living home in Los Angeles. Her body was interred at the Hollywood Forever Cemetery in Hollywood in the "Sanctuary of Memories" section.