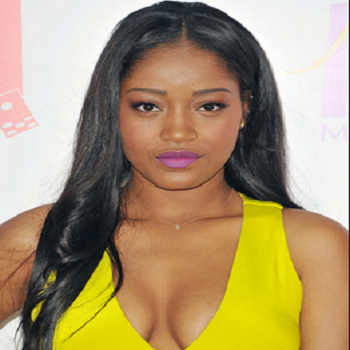 Lauren Keyana "Keke" Palmer (born August 26, 1993) is an American actress, singer, songwriter and television personality. She is best known for her on Barbershop 2: Back in Business (2004).

Palmer was born in Harvey, Illinois, United States of America. She was raised in Robbins, Illinois. She was born to former actors, Sharon and Larry Palmer.

Palmer favorite actor is William H. Macy. She auditioned for Akeelah and the Bee 5 times. Her director was only convinced by the emotion in her crying the 5th time around.

Palmer is a very close friends of Carlysia Levert, daughter of the late Gerald Levert. She is currently living in Illinois.

Palmer has been nominated in various awards and has won BET Awards, Black Movie Awards and many more.