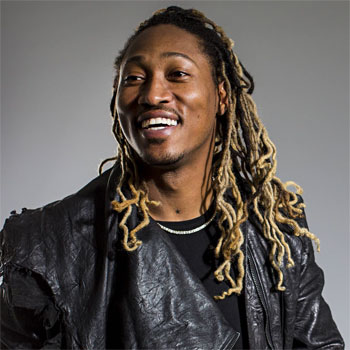 Born in Atlanta, Georgia. Since his young days he was active in singing and rapping. After joining musical group The Dungeon Family, he also started writing songs.

Future has a resounding net worth of $ 8 million dollars. His birth name is Nayvadius DeMun Wilburn and also nick named as Nayvadius Cash. He has collaborated with the artists like Drake, Pusha T, R.Kelly, Snoop Dogg among others.

Future was in relationship with Jessica Smith, Brittni Mealy, India J, and Ciara. He is the father of four children and the children are one each of his for wives. Currently he is single.