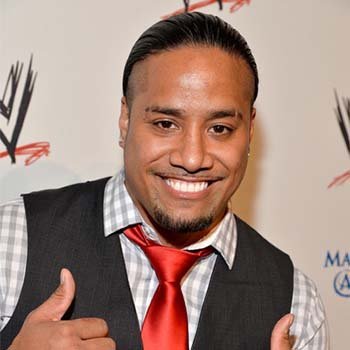 He was born real name Jonathan Solofa Fatu in San Francisco, California. Jimmy has a twin brother with whom he is the tag team partner in WWE. Jimmy is the older twin and Jey is the younger twin.

He was ranked 92nd in the list of singles wrestlers by Pro Wrestling Illustrated in 2012. Since joining the main WWE roster in 2010, they are two-time WWE Tag Team Champions and two-time Tag Team of the Year Slammy Award winners (2014 and 2015).

He was engaged to WWE wrestler, Naomi Knight. His brother is wrestler and tag team partner, Jey Uso. He is also the son of former WWE star Rikishi.

Jimmy was arrested in 2011 for driving under the influence. In 2013 misleading rumours were spread that this happened again but this was a misunderstanding over his driving under a suspended license while under probation.