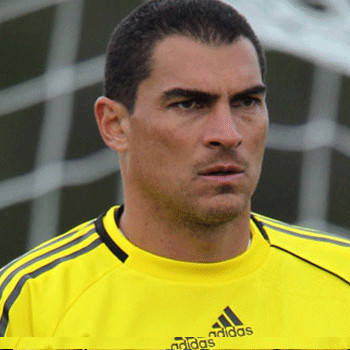 ...
Who is Faryd Mondragon

He starting playing in his country at Deportivo Cali and the Independiente Santa Fe. In 1993, his career started to flourish when he joined with Argentinos Juniors the most exclusive championship of Argentina.

On 24 June 2014, at the age of 43 he made history of oldest player played in FIFA World cup. He ended his football career last playing with his original professional club Deportivo Cali, on 30 January 2012.

He is a happily married footballer whose spouse name is Adriana Mondragon. This perfect couple have two baby boys namely are Paolo Mondragon and Lucca Mondragon.

He was a member of the Colombian national team in two Copa América tournaments, two CONCACAF Gold Cups that and competed at 1992 Summer Olympics and the 1994,1998, 2014 FIFA World Cup.

There is a rumor that he is going to share his goalkeeping skills to the national team for the effective progress being a assistant coach of Colombia.