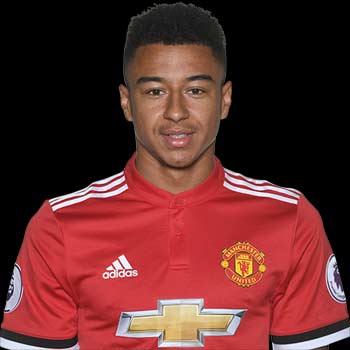 ...
Who is Jesse Lingard

He was born as Jesse Ellis Lingard. Born and brought up in Warrington he had interest in football from the very early age. He is the cousin of Gabrielle George who plays for Everton and England. He attended William Beaumont Community High School. He joined Academy of Manchester United after completing his high school education.

After his deal with United, his wages rise to around £75,000-a-week while recent news pointed out the pay increases clauses of the contract. Hence, following the clause, his wages rise up to around £100,000-a-week. No wonder his current estimated net worth has reached $15 million now. Additionally, he has a good collection of cars including Bently GT, Range Rover Sports SVR, Mercedes C63s AMG and Range Rover Sports V8.

He was romantically linked with his estranged love Emma Hyde for almost a year. The duo live together in a flat in Bowdon, Cheshire along with Hyde's son from her past affair up until Lingard decided to split his ways with her. He is currently single and not dating anyone.

He has not been part of any kind of rumors and controversies till the date.