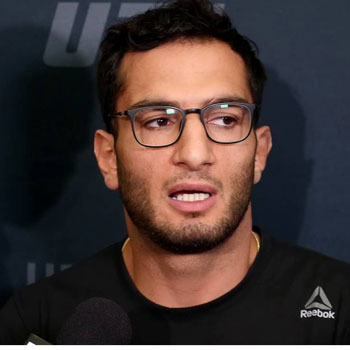 ...
Who is Gegard Mousasi

Born in Tehran to Christian Armenian parents he grew up along with his older brother Gewik. He went to Sportschool Jurojin and Red Devil International in St. Petersburg, Russia.

From his early age, he has shown a keen interest in martial arts and began practicing at the early age of eight. In 2013, he was ranked #10 by the UFC in his division. He earns a lucrative amount from his career as a fighter. His current estimated net worth is still under review.

He is dating an MMA fighter from Belgium, Cindy Dandois. The duo is quite reserved when it comes to their private affairs. He is the is the godfather of Satoshi Ishii's son Mousasi Ishi, who is named after him.

In 2001, he became Netherlands Amateur Boxing Champion. In 2008, he received Fighter of the Year honors from Bleacher Report. He was the winner of championships including Cage Warriors World Middleweight Champion and Strikeforce Light Heavyweight Champion.

There has not been any kind of rumors and controversies regarding his personal or professional life.