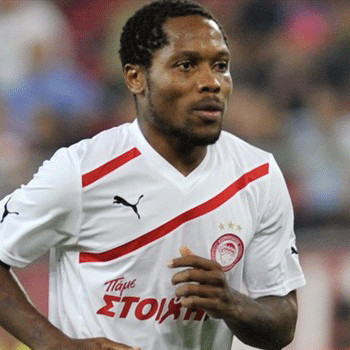 He was born in Yaounde, Cameroon.He managed to get a few diplomas.But as he was more attracted to football he started his career in football from 2001 by joining the native club of Cameroon at Cotonsport Garoua.

His only goal in Lyon's first Champions League, facing the prestigious Real Madrid in 2010, with a sumptuous strike from 25 yards out over the head of goalkeeper Iker Casillas is one of the highlighted goal he have ever done.

Makoun is happily married man and he have got childrens too. Until now there is no such rumors of any affair of him with anyone else.

He recorded the Greek Superleague title and the Greek Cup together with the team. Makoun also scored twice against Tunisia which ensured Cameroonian national team qualification to the World Cup.

There was news that Makoun's familly suffered from car crash and his wife and one of his children were injured due to that car crash but fortunately he didn't suffered family loss.