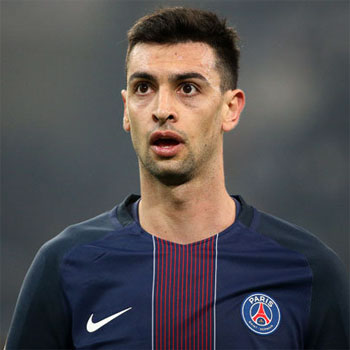 ...
Who is Javier Pastore

Grew up with the passion of football, he went to play with Talleres' youth club in 2002 and made his senior debut with the team in 2007.

As a professional player, Javier Pastore has been adding a lot of money to his bank balance with every passing day. His current market value is £16.20 million and his highest market value was £27 million when he joined Paris Saint-German on August 12, 2011.

He married Italian television presenter and social media sensation Chiara Picone, and he has a daughter, Martina. His wife is currently pregnant with her second child and will soon conceive the baby. The couple has not revealed the sex of the baby.

An elegant, creative, and technically gifted Javier Pastore has won numerous awards and rewards for his professional achievements. To date, he scored 53 goals in 308 apps.