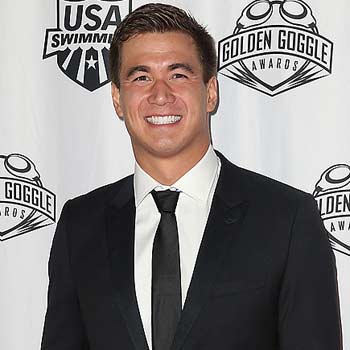 ...
Who is Nathan Adrian

He was born in Bremerton, Washington to James, a retired nuclear engineer for the Puget Sound Naval Shipyard and Cecilia Adrian, a nurse for Bremerton school district. His mother is Chinese and father American hence he is of mixed descent. He grew up along with his brother Justin and sister Donella. He began swimming at an early age of five. He attended Bremerton High School and enrolled at University of California, Berkeley. He graduated in public health.

As an Olympian featuring in several games, he earns a whopping amount of money from his career. He holds the staggering net worth of $ 4 million.

He is in a romantic relationship with his long-time girlfriend and now fiancee Hallie Ivester. The duo announced their engagement via Instagram in May 2017.

There is no rumors or controversies regarding his professional or personal life up to the date.