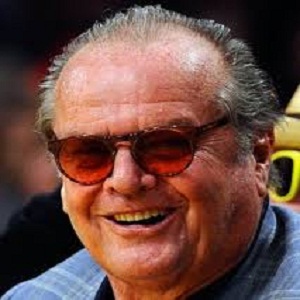 ...
Who is Jack Nicholson

Nicholson or known as "Nick" for his high school friends, grew up in Neptune city, New jersey and was raised in his mother's catholic religion.

Nicholson in his young age did a lot of odd jobs, one of which is Jersey Shore lifeguard

Nicholson married to Sandra Knight and had one daughter named Jennifer. And he had few on-and-off relationships to many other actress as well.

Nicholson a 3 Oscar winner, is also the most nominated male actor in Academy Awards History.

Nicholson retirement news was one of the biggest rumor so far.