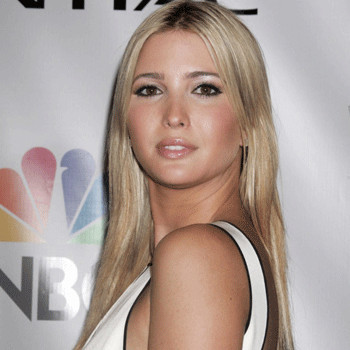 Attended The Chapin School until age 15 and later transferred and graduated from Choate Rosemary Hall. Spent two years at Georgetown University.Graduated from Wharton School of Business, University of Pennsylvania, in B.S. in Economics in 2004.

A daughter of an American business magnate Donald Trump. Belongs to Czech/German/Scottish descent. Converted to Judaism and took the name as Yael after studying with Rabbi Elie Weinstock from the Modern Orthodox Ramaz School.

Currently married to businessman Jared Kushner. They got married in 2009 and has two children from him, a daughter and a son. Her past affairs were with Greg Hirsch, James "Bingo" Gubelmann and Topher Grace.

The rumor that she has undergone some plastic surgery in her face has been going wild at present but no any confirmed information is available.