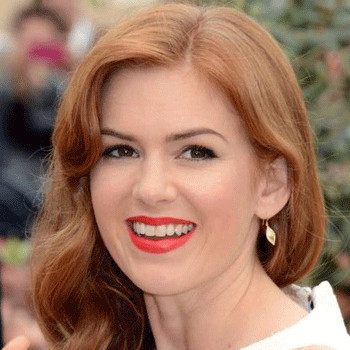 ...
Who is Isla Lang Fisher

Moved to Australia at the age of 6 with her parents. Attended Methodist Ladies' College and Swanbourne Primary School in Australia. Also went to L'École Internationale de Théâtre Jacques Lecoq in Paris studying clown and mime and commedia dell'arte.

Wrote two teen novels titled "Bewitched" and "Seduced by Fame" by age of 21. Worked initially as a lottery ad extra. Has four brothers.

Married to English comedian Sacha Baron Cohen in 15 March 2010, in Paris, France. Mother of two daughters named Olive and Elula Lottie Miriam. Recently on 1 October 2014, the couple confirmed that they are expecting their third child.

Has been ranked in the top 100 Hot List by maxim magazine in 2007 and 2008. Winner of MTV Young Awards and nominee of several different Awards.

There is no any current rumor or controversy seen linked with her.Before getting married her relation and engagement with Darren Day was on news.