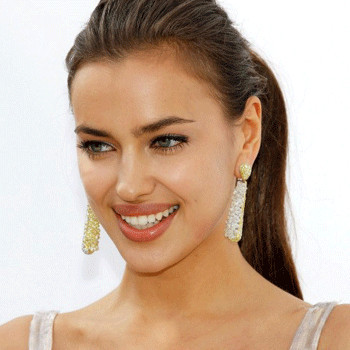 Enrolled in a music school at the age of 9 and studied piano and singing for seven years. After high school, she studied marketing but being bored by it, she went to a beauty school with her older sister.

Started playing piano at the age of 6. Debut in acting as Megara in the 2014 film Hercules pet dog named Caesare, after Julius Caesar.

Since May 2010, she has been dating footballer Cristiano Ronaldo whom she met through their Armani Exchange campaigns.

There was a rumor of her being engaged to boyfriend Christiano Ronaldo which she claims to be false.