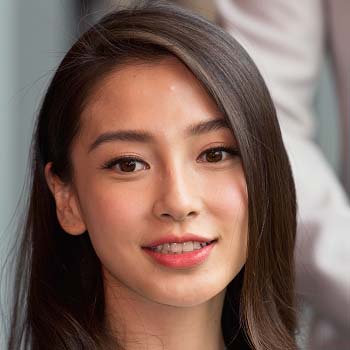 She has born in Shanghai, China as a daughter of half German and Chinese father and a Chinese mother. Her passion for fashion and modeling rose after trying different outfits in her father's store. She attended Notre Dame College.

Her wedding ring was six carat diamond rings and which was estimated as $1.5 million and her net worth is $40 million. She gave a voice to a Rapunzel of animated movie 'Tangled'. She is product ambassador of Meitu phone in China. She is also regarded as Kim Kardashian of China.

Baby named her relationship as a husband and wife after tying a knot with her long time boyfriend actor Huang Xiaoming in October 2015. She has spent US$31 million for a banquet and regarded as the most extravagant wedding in china's history.

She has won Hong Kong Society of Cinematographers (HKSC) Awards.

There were lots of rumors about her plastic surgery. Ruili clinic had even admitted she has knifed her face but later Bejing hospital proved that the all rumors are defamatory. She sued Ruili for US$80,000.