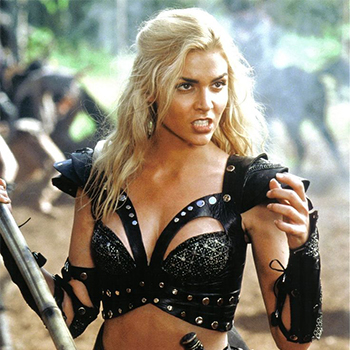 Heidi Hudson Leick is a popular American actress. As an actress, she has starred in several movies, TV series and video games.

She was born on 9th of May 1969 in Cincinnati, Ohio, United States. She spends her childhood days in Rochester, New York.

She is close to Melinda Clarke. She is straight in her sexuality but till date there is no any rumors about her love life.

She was once honored by Wizard magazine.