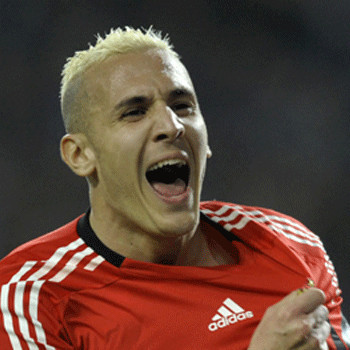 Born on 14th May 1984 in Saint Maurice, Val-de-Marne, he played for the reserves in Championnat de France amateur during his youth years. No further information is available about his educational status and childhood.

This number 10 jersey holder has played for a number of clubs and countries excluding his own country like, Spain, England, France, Italy and Portugal. He has a total of five international goals.

Yebda’s family originates from the Taourirt Adène village located at the Tizi Ouzou Province in Algeria. At 31 years of age, nothing is known about him having a girlfriend or children, marriage or divorce.

Considered a very good central midfielder he has been part of the squad when Benefica won the Taca da Liga on 2008-09, when Portsmouth earned the runner up position in the FA Cup 2009-10 and when France won the FIFA U-17 World Cup on 2001.