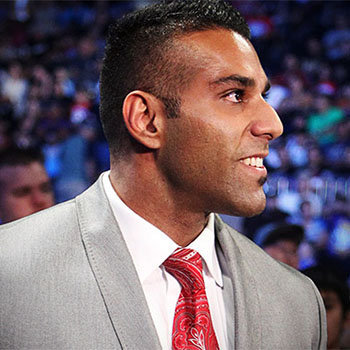 Jinder Mahal was born on July 19, 1986 in Calgary, Canada as Yuvraj Dhesi. He holds a business degree in communications and culture from the University of Calgary.

Jinder Mahal was born into Indian royalty in of Punjabi Sikh origin. He speaks Punjabi and English. He is the nephew of wrestler Gama Singh and was trained by him.

Jinder Mahal worked for the Prairie Wrestling Alliance, where he was the PWA Champion from 2008 until January 2010, and also he is three time tag team champion.