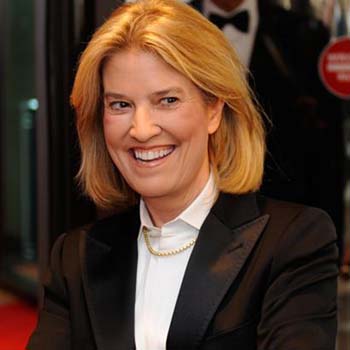 ...
Who is Greta Van Susteren

Van was born in Appleton, Wisconsin as a daughter of Urban Van Susteren and Margery(Conway). She has one sister and brother. She graduated in geography and economic from University of Wisconsin–Madison. Likewise, she majored in J.D from Georgetown University Law Center.

61 year old beauty is still flaunting her gorgeous body. She looks younger than her age. Her annual income is $1.3 million dollars and her calculated net worth is $35 million. Forbes regarded her as a world's 99th most powerful women.

Van is happily married to her lawyer husband John P. Coale in 1988. Till now they don't have any children. But they seems enjoying their time together. She is not involving into any extra marital affairs.

Stetson Law School has honored her as a doctor of laws degree.

There are lots of rumors regarding her plastic surgery case. Rumours stated that she has undergone eye lift surgery or Blepharoplasty. Later she confirmed it as a true.