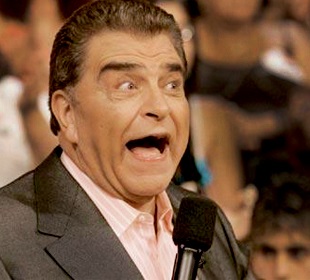 ...
Who is Don Francisco

"Don Francisco" was born to Erick Kreutzberger and Anna Blumenfeld Neufeld, German Jewish immigrants. As a youth, he traveled to New York to study to be a tailor, but he spent most of the time watching TV.

Don Francisco is a Chilean television host who has a net worth of $100 million. He adopted the name of "Don Francisco" which came from one of the characters he had created and impersonated as Mario Kreutzberger is hard to pronounce and recall.

Don Francisco has received numerous awards and a star on the Hollywood Walk of Fame. His show is the world's longest running TV variety show, according to Guinness World Records.

In 2003 April Fool's Day, a rumor that Kreutzberger had died surfaced around the New York and New Jersey area. Although the rumor was proved false, many of his fans went into panic shock.