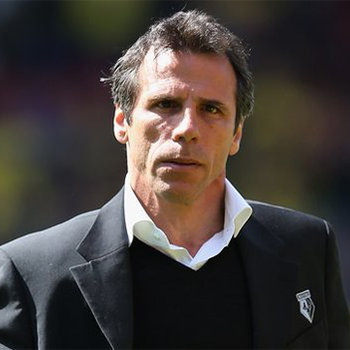 ...
Who is Gianfranco Zola

Born in Oliena, Italy, Zola made his professional debut for the Sardinian team, Nuorese, in 1984. He spent the first decade of his playing career playing in Italy, most notably with Napoli, alongside Diego Maradona and Careca.

Zola was renowned for his ball control, his skilful dribbling ability, vision, and passing ability, as well as his tactical intelligence and eye for goal.

Zola is married to Franca and has three children. His son's name is Andrea and plays for Grays Athletic Football Club. He has also played for West Ham United reserves.